Tommy was one of 12 firefighter/chaplains to give out urns to victims family members following the Sunday (Oct. 28th) ceremony at 911. Traveling in 28 buses, the family members were escorted by state police across the river to Liberty State Park where they were individually led into small chapel booths. They were then given an American Flag and a small round urn containing ashes from the tragedy site. FCFI officials had requested the use of chaplains who were also active firefighters as an honorary way of saying “that these ones presenting the urns would have made the same sacrifice had they been the ones responding to the towers on September 11th!”

Following the ceremony, Tommy and 5 other firefighter/chaplains were given special security access and escorted by police to 911. Tommy was able to minister with many New York Firefighters, giving out over 50 copies of “Sirens for the Cross” to FDNY Chiefs, Firefighter and EMS workers who were on duty at the time. The real highlight, though, was Tommy and the 5 other firefighters holding hands and praying with 2 on duty FDNY firefighters to receive Christ only a few steps away from the famous steel beam “Cross” that was cut out in the collapse.

A NOTE FROM TOMMY…

I can’t even begin to tell you what the sights, sounds and even smells were like at ‘ground zero’ which by the way, is now more affectionately known as ‘GROUND HERO!’ It is certainly true that television does the site of the devastation little justice. I had the opportunity to tread on paths cut through areas of debris in which smoke and obvious heat were still visible even after the many weeks gone by. In the heaps of ruin the only real recognizable object I saw was a 40 or 50 foot section of twisted escalator that was still in itself intact, one that I’m sure was treaded frantically on in all attempts to get out of the building.

But quite clear to see was beaten and weary firefighters and emergency workers scattered at various points throughout the area. They became our ministry targets, their faces lighting up in most cases as our core of 6 firefighters in dress blues would approach them. These guys are hurting, confused, and surprisingly hungry for spiritual comfort. We were able to pray and encourage many of them. Of course, the most awesome moment was praying with two particular FDNY firefighters to receive Christ!

Bottom line, despite the incredibleness of what I saw: GOD IS STILL IN CONTROL!!

Pray for this ministry as we continue to send many “Sirens for the Cross” books to New York City. 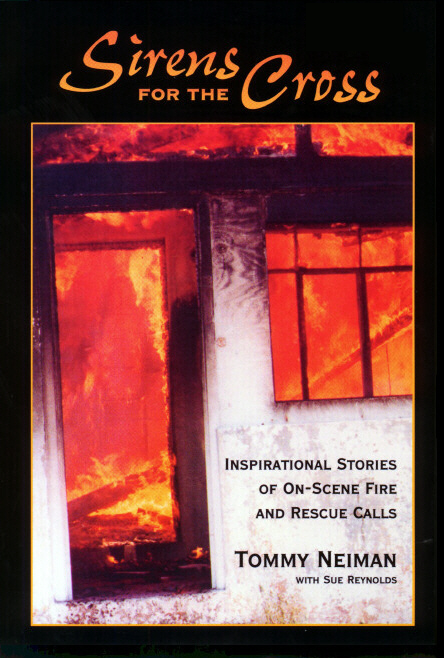 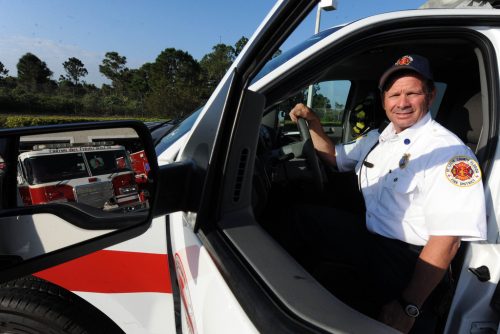